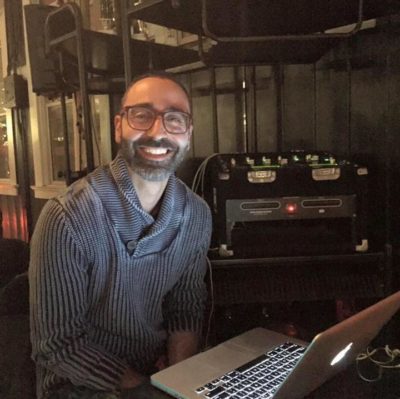 Georges Naasan has been dancing tango since 2002. His journey debuted in Lebanon, at a time where there was no tango community or milongas to attend. He took classes with traveling teachers and taught himself at the American University of Beirut. Along with a few friends, he founded the first milonga in Beirut and ran it for a few years before he moved to the United States in 2007. He continued to develop his tango skills with various teachers that travelled to Cleveland and later to the Bay Area. In the summer of 2014, he was the recipient of the gold medal in Argentine Tango at the Gay Games. He started DJing in 2015, and quickly became one of the bay area’s prominent local DJs. He has travelled for DJing in various US cities including San Diego, LA, and New York. In 2016, he was invited to DJ at the Beirut Tango Marathon. Georges has learned much of his tango dancing and DJing skills from various mentors that he met along his journey and to whom he is ever grateful